“On the morning of Sunday the 17th of May 2020, the Albanian government demolished the National Theatre. The Teatri Kombëtar, an 80-year-old structure in the very heart of Tirana, was built in 1939 during the Italian occupation of the city. The keeper of much of Albania’s recent history, the Teatri Kombëtar played a huge part in the social and cultural life of the population throughout the years. In response to this act of extreme aggression, an act by the Albanian Prime Minister who made the decision to decapitate a Theatre, the TabulaRasa Initiative was born. We invite you to contribute and participate in the diffusion of this sad fact, by making an intervention, a small gesture, on the photograph attached. Our hope is that this will create sort of a litany, with the same image being repeated over and over, each with its particular artistic modification. In addition to this online and evolving space of solidarity, we aim to create a final publication of the work. However, as that this project is still in its infancy, the shape is still to be defined, at present we are considering postcards as a form which will keep sending the message.” 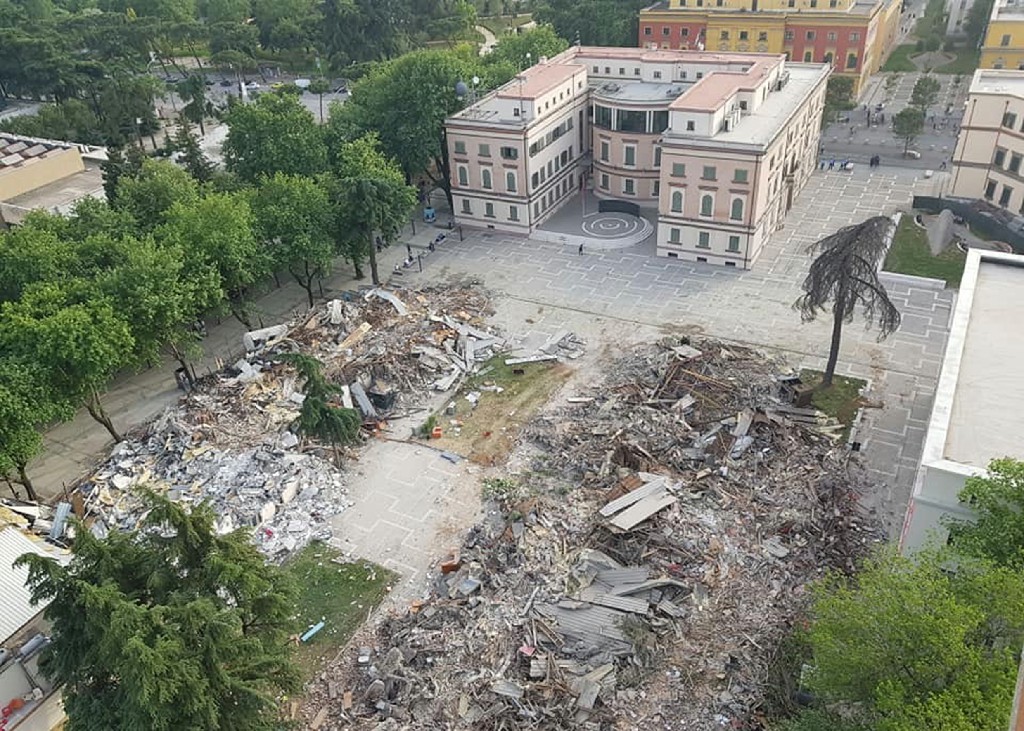 END_OF_DOCUMENT_TOKEN_TO_BE_REPLACED

Save the date for “Gelée royale” 🔥 the new

OUTSIDE has been selected for the upcoming XPRMNTL

I'm very glad to announce that my video LIKE A RAT

Working hard to build the 3D online exhibition of

From November 1st until the end of the year I'll b

Some photos from the ALC VideoArt Festival 2021, l